A tumour constricting the entrance to the stomach. Oil painting, 18--. 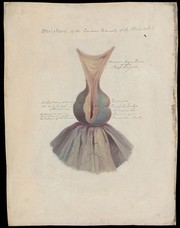 Described by John Forbes et al. in The cyclopædia of practical medicine, London 1835, vol. 4, p. 649 ("Cancer or scirrhus of the stomach ... the cancerous formation to which Laennec gave the well-known name of encephaloid or cerebriform matter ... The cardia is the situation in which, next in frequency to the pylorus, the disease occurs. ... It is then perceived that a greater or less narrowing has taken place in the cardiac orifice by the deposit of the foreign substance. The latter is disposed in various ways: at one time it forms an annular circumscribed stricture, occupying precisely the orifice ...")

Stricture of the cardiac extremity of the stomach. Stomach